Welcome to our 99th Season!

All Programs start at 8 p.m. every Tuesday and Friday

No admission is charged.

Most programs run approximately 1 hour and 30 minutes with an intermission.

No reservations or tickets needed.

All programs will be live and in-person starting Friday, June 24th. 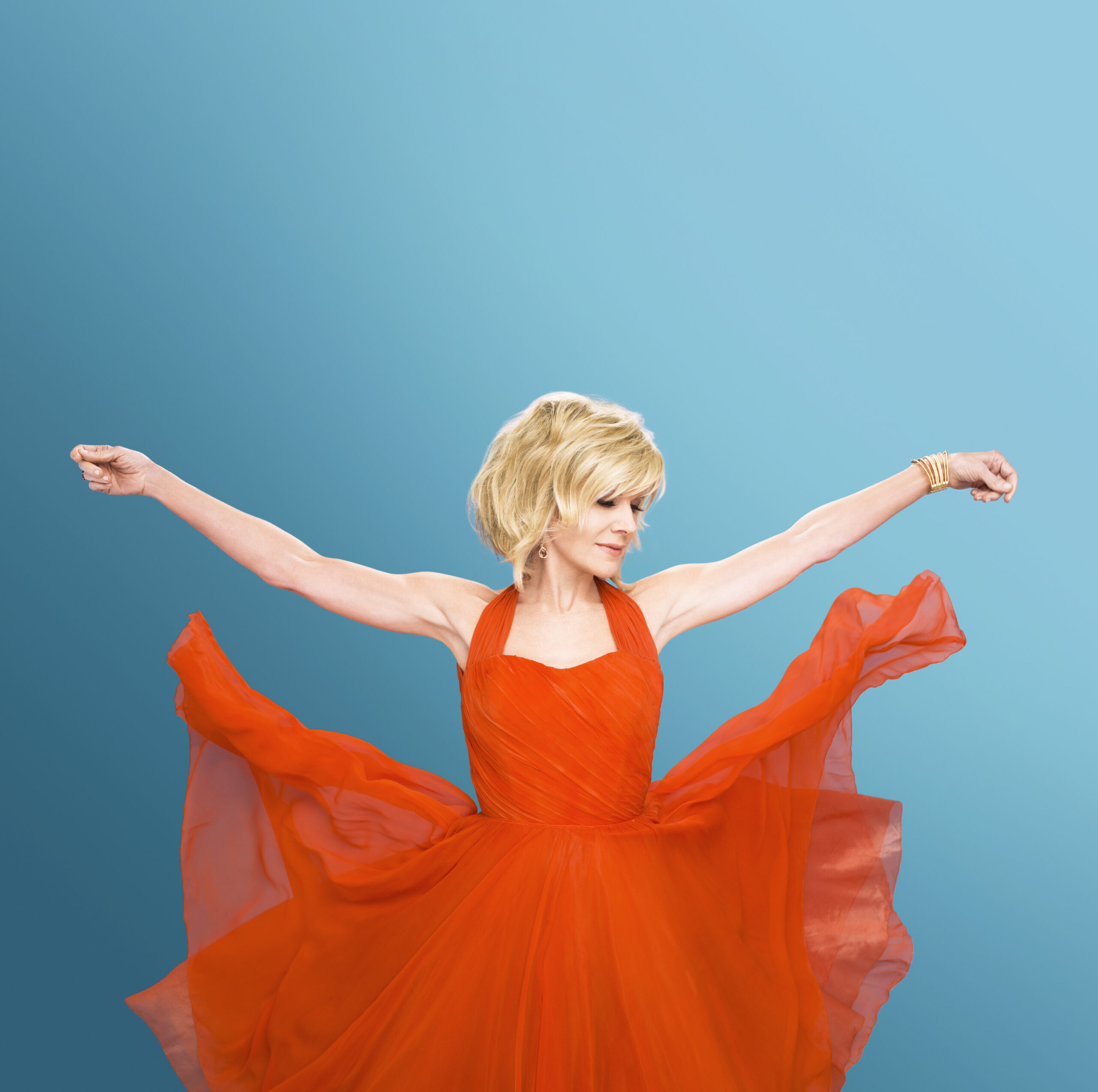 “Swing This” An Evening with Debby Boone

In 1977, Debby Boone earned instant fame when “You Light Up My Life”  topped the Billboard for ten straight weeks and she went on to sell over four million albums. She received a Grammy for Best New Artist and has since received an additional seven Grammy nominations, winning two more.  Her most recent album, Swing This, celebrates the exhilarating music and glamour of Las Vegas in the 1960s.

Sponsored by The Contemporary Club, Redlands

Experience five dazzling performances from extraordinarily talented concerto competition finalists as they compete for the prestigious competition’s top prize. The finalists are chosen through a rigorous worldwide selection process prior to the concert, and the winners announced at the evening’s conclusion.

Sponsored by David and Robin Maupin

Scholarship awards sponsored by The Associates of the Redlands Bowl 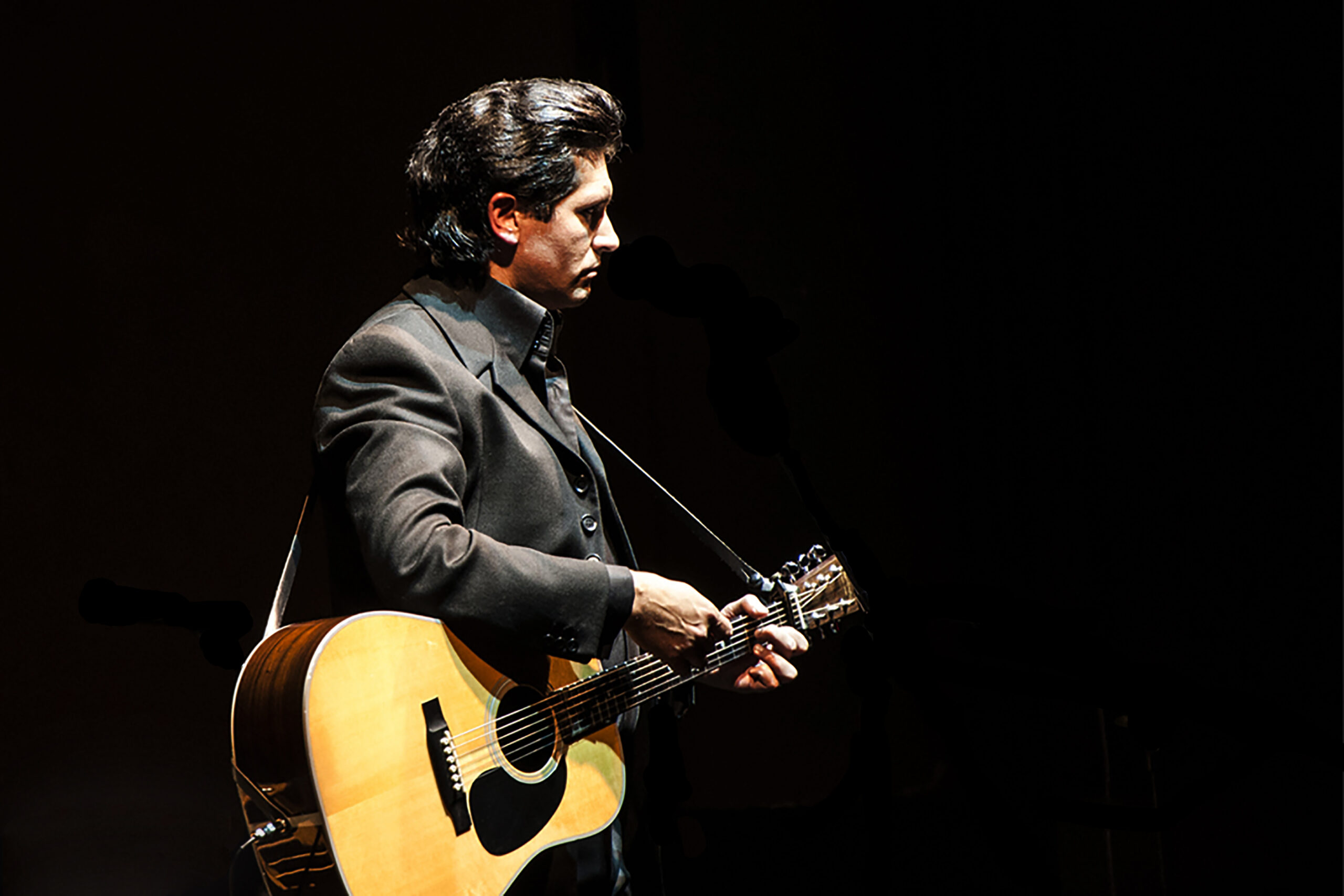 James Garner’s Tribute to Johnny Cash celebrates the life and music of the legendary “Man in Black” with strong conviction and stunning accuracy. Garner and his band faithfully recreate Cash’s biggest hits and tell personal anecdotes about America’s most beloved singing storyteller.

The show is a fun, toe-tapping trip down memory lane honoring Johnny Cash’s life and music, and the boom-chicka-boom sound of his longtime backing band, the Tennessee Three. The closest experience to seeing Johnny Cash in person today!

Sponsored by Ken and Judith Stanford 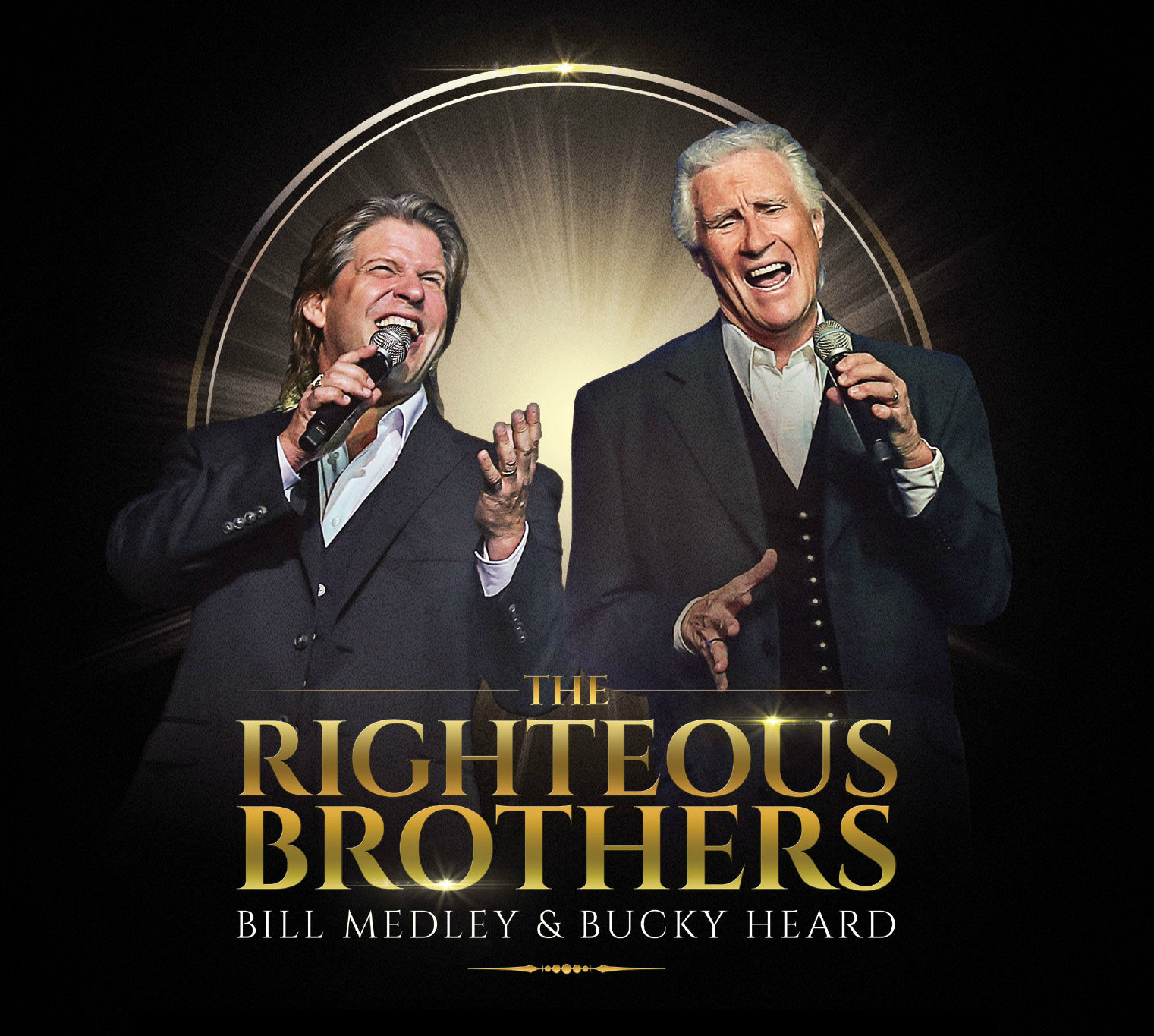 Rock and Roll Hall of Fame duo The Righteous Brothers topped the charts in four decades.  Now, Bill Medley joins forces with one of the most versatile vocalists in America, Bucky Heard, to bring the Righteous Brothers back to the stage for an unforgettable evening of classic hits.

The Righteous Brothers concert experience features a string of their biggest #1 hits, including the most played song in radio history, “You’ve Lost That Lovin’ Feelin’,” “Soul & Inspiration,” “Unchained Melody,” “Rock and Roll Heaven,” Medley’s Grammy-winning Dirty Dancing theme “The Time of My Life,” and much, much more!

Sponsored by Tim and Carol Rochford in Honor of Veterans

with a guest appearance by Ballet Folklórico de Los Ángeles

Thrilling audiences at both intimate venues and major theaters throughout the United States and Mexico, Mariachi Garabaldi is known for their unique collaborations with other artists including Camila Cabello, Aida Cuevas, Pedro Fernandez, Ana Barbara, and Angela Aguilar. Their collaborative project with Ballet Folklórico de Los Ángeles celebrating Disney’s “Tale as Old as Time” from Beauty and the Beast has garnered over 16 million worldwide views.

“It is a marching band extravaganza that parades out of the football stadium onto the stage with explosive percussion, resounding brass, and dazzling choreography.” 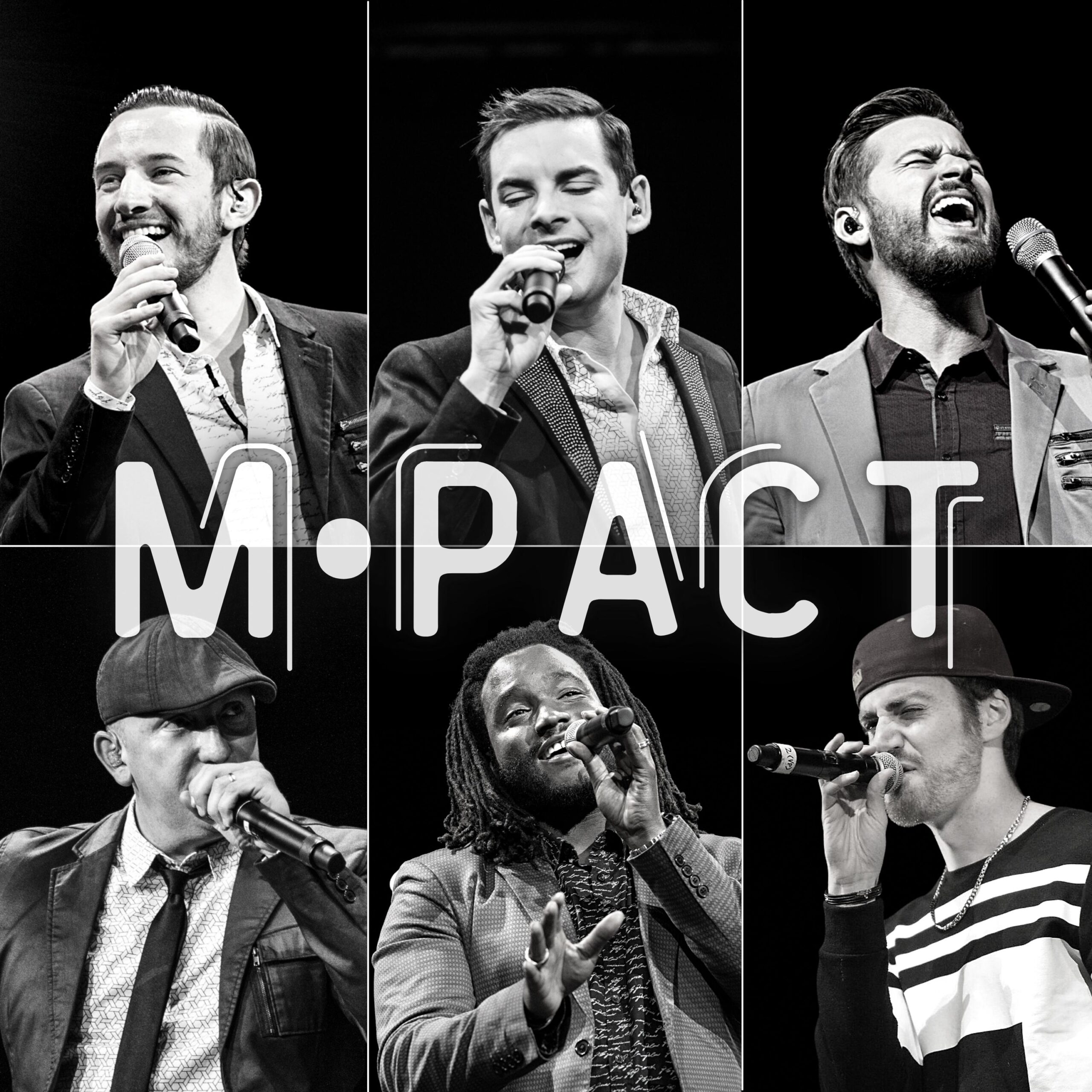 Imagine… The smooth soul of Stevie Wonder, the percussive power of Stomp, the funk and drive of Earth, Wind, & Fire, the hip licks of Take 6, and the brass bite of the Harry Connick Jr. Big Band…

All created by the human voice alone!

Hailed “one of the best pop-jazz vocal groups in the world” by the San Francisco Chronicle, M-PACT is respected worldwide as a cutting-edge trailblazer in the realm of vocal music. The Los Angeles-based ensemble has cultivated a new generation of ears hungry for the fresh, raw power of nature’s “first instrument” – the human voice. 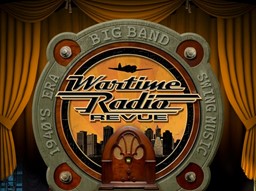 “BROADCASTING LIVE, all across America, to all the ships at sea, and to all our boys in uniform stationed abroad, this is WARTIME RADIO REVUE!”

Interspersing the hits of the Thirties and Forties with late-breaking news-stories from the war-years and 1940s-style radio commercials, experiencing the show is like time traveling back to a World War II–era U.S.O. performance. And with a trio of harmonizing vocalists giving tribute to The Andrews Sisters, a hot, driving rhythm section, and an eight-piece horn section, Pete Jacobs’ “classic-swing” sound is both full and authentic. A perfect evening to dance under the Redlands Bowl stars! 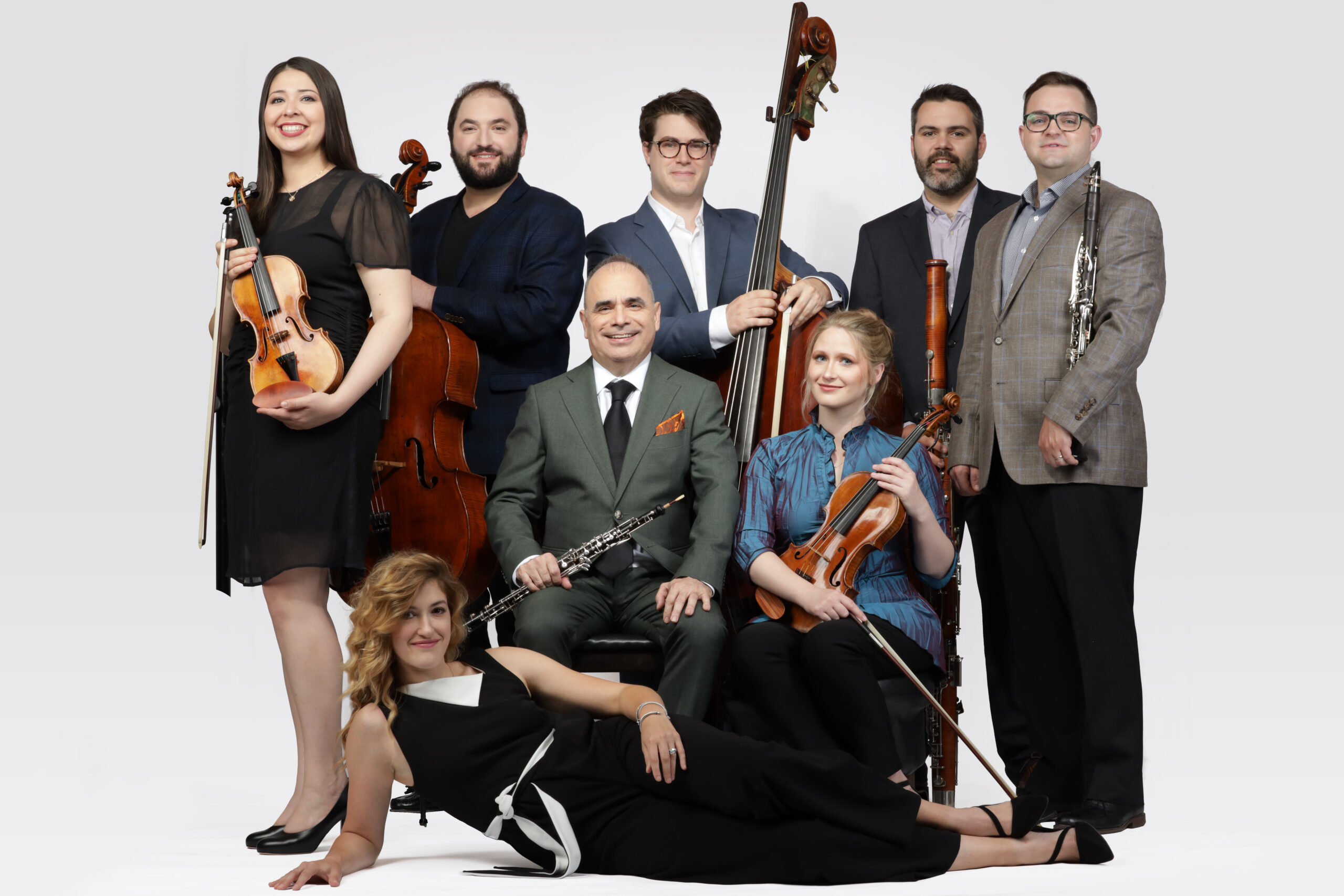 Frisson at the Pops

Experience the excitement and expertise of Frisson! The New York City based group showcases the best and brightest of classical music’s rising stars.

Frisson features a multitude of rarely performed masterworks, and the group expands and contracts into a variety of ensembles, including quintets, sextets, nonets, and even a small chamber orchestra. The ensemble performs in over 25 cities annually including appearances in such diverse venues as the Morgan Library and Museum in New York City, for the Da Camera Society in Los Angeles and at the Bermuda Festival.

For their performance they will be playing from their Pops program consisting of selections from Leonard Bernstein, Gershwin’s “Rhapsody in Blue,” Piazzolla’s “Oblivion,” and their own special version of Ravel’s “Bolero” 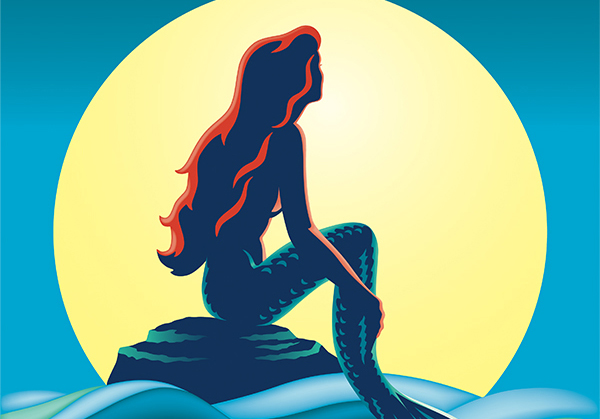 Directed and produced by Wayne Scott, the Redlands Bowl Summer Music Festival is proud to present Disney’s The Little Mermaid. Based on one of Hans Christian Andersen’s most beloved stories and the classic animated film, Disney’s The Little Mermaid is a hauntingly beautiful love story for the ages. With music by eight-time Academy Award winner, Alan Menken, lyrics by Howard Ashman and Glenn Slater and a compelling book by Doug Wright, this fishy fable will capture your heart with its irresistible songs, including “Under the Sea,” “Kiss the Girl,” and “Part of Your World.”

Bands have been covering Beatles tunes for decades, but none like Sgt. Pepper’s Lonely Bluegrass Band. Imagine the music of the Fab Four shaken up with infusions of bluegrass and jazz and topped off with a classical twist! Sgt. Pepper’s Lonely Bluegrass Band is a collection of four very different musicians creating a new sound from the greatest music ever written by the greatest band ever… Their repertoire features new and innovative takes on songs like “Here Comes the Sun,” “Eleanor Rigby,” “Back in the U.S.S.R,” “Come Together,” “ Blackbird,” “Hey Jude,” “ Yellow Submarine,” “ The Long and Winding Road,” and many more. 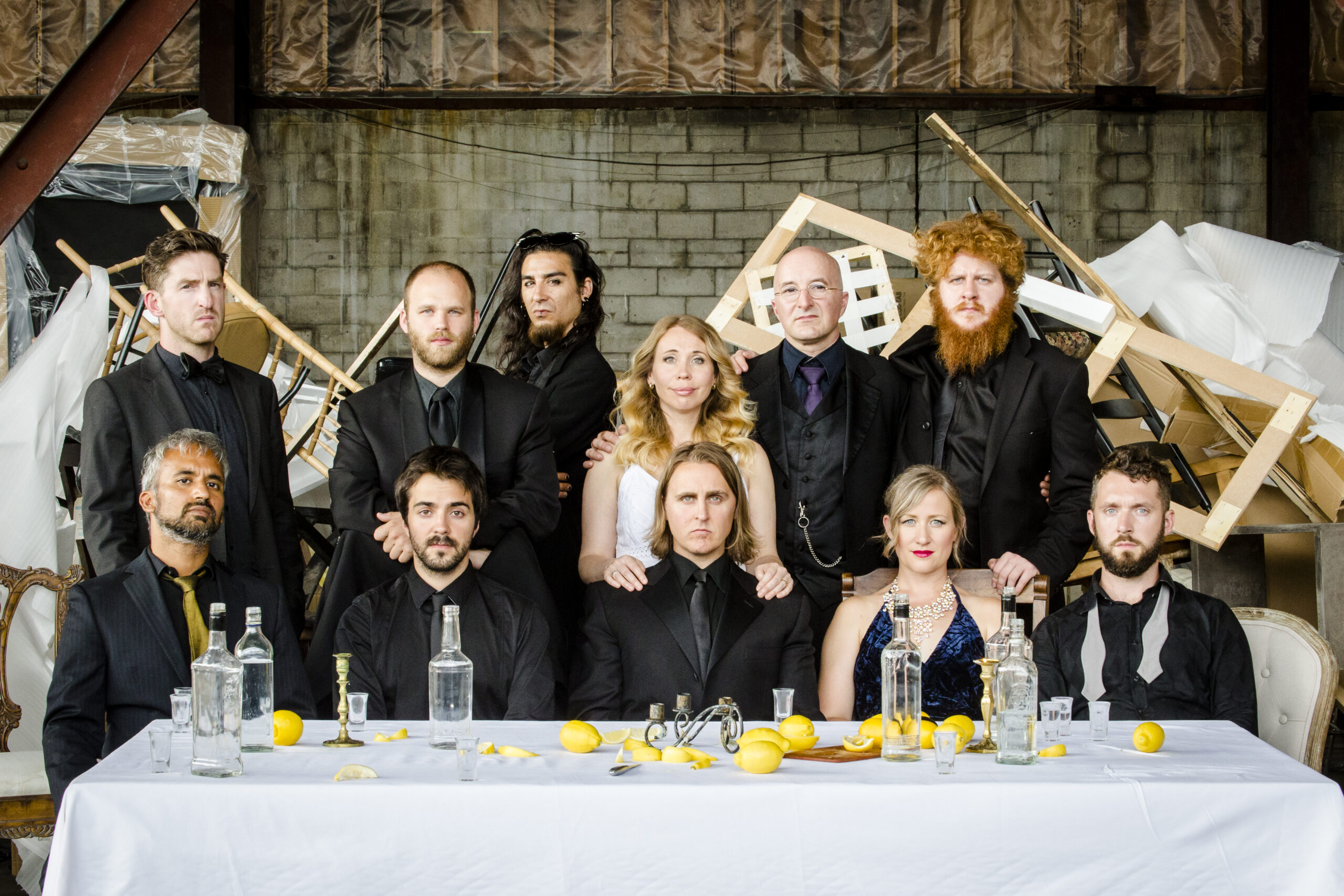 Taking its audience on a joyful, impassioned ride through the Balkans and beyond, Lemon Bucket Orkestra is Balkan-klezmer–gypsy music extravaganza. Hailing from Toronto, the multi-award-winning ensemble has been heralded as a groundbreaking, genre-bending phenomenon by media and fans alike, storming the international scene with its irresistible brass-band mayhem.

The Guardian proclaimed that their performances are “gorgeously sung and passionately played” and The New York Times declared them “charismatic…handsome and ambitious.”

This engagement of Lemon Bucket Orkestra is made possible through Performing Arts Global Exchange, a program of Mid Atlantic Arts in partnership with the National Endowment for the Arts 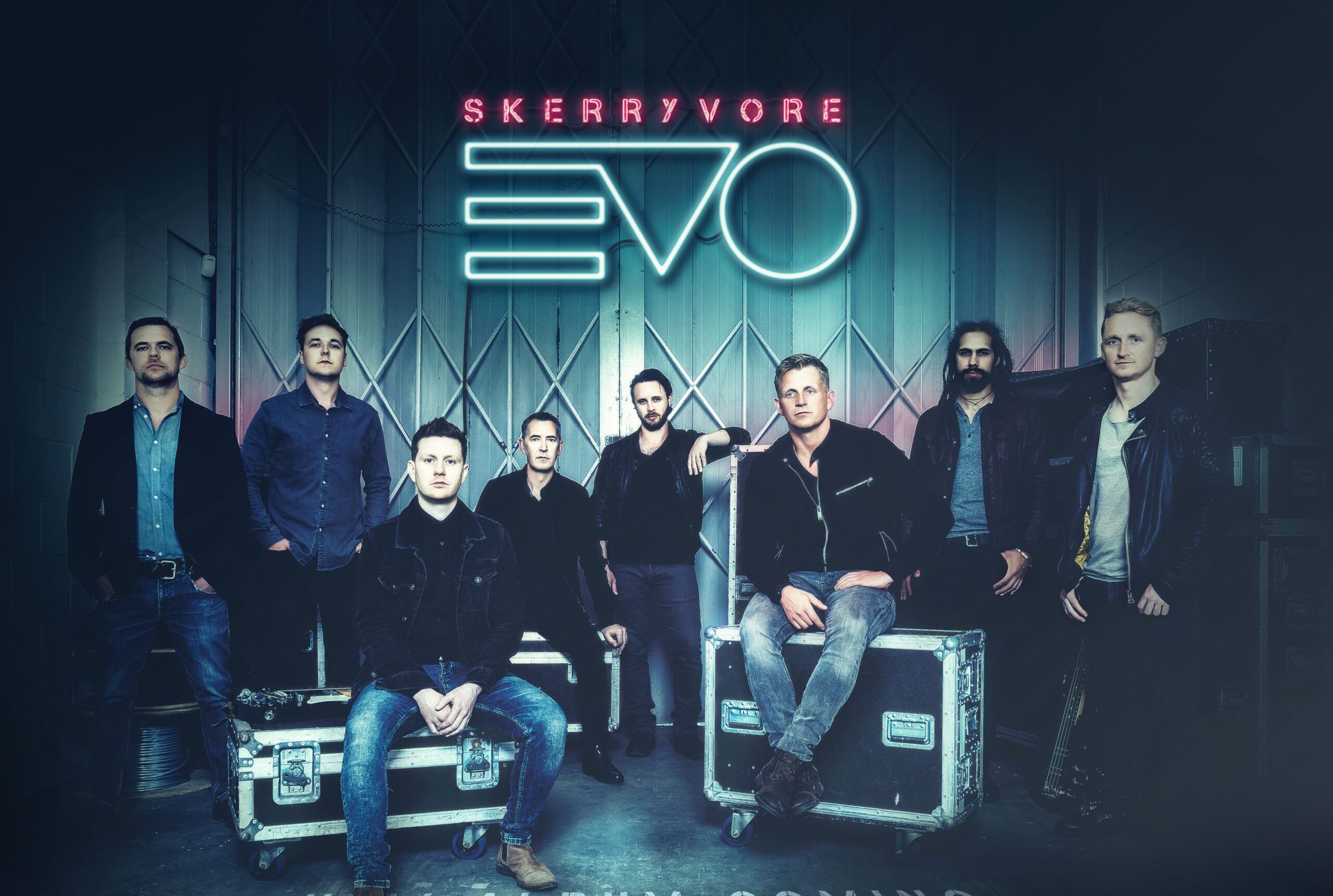 Twice winner of Scotland’s Traditional Music Live Act of the Year Award, SKERRYVORE has continued its meteoric journey from the remote Scottish Isle of Tiree. SKERRYVORE creates a mesmerizing fusion of folk, Scottish traditional, rock, and Americana. Their 2017 release, “Live Forever,” reached No. 1 on the iTunes World Music Chart.

The band’s single, “Everyday Heroes,” recorded from home and aided by a variety of musicians from across the Scotland early in the pandemic, reached number one in Scottish music charts and garnered worldwide acclaim. Their recent singles “You and I” and “Together Again” garnered airtime on the coveted BBC Radio 2’s playlist.

Sponsored by Circa 2020 and The Crossings at Redlands

“A Spin on the Classics”

Travel back in time to the grace and style of the Ballroom era, with one of State Street Ballet’s most vibrant programs! An homage to the days of Ellington, Piazzolla, Gershwin, Sinatra and more. This elegant, yet eclectic program, with selections ranging from the passion of tango to the beauty of the waltz is sure to delight audiences of all ages. 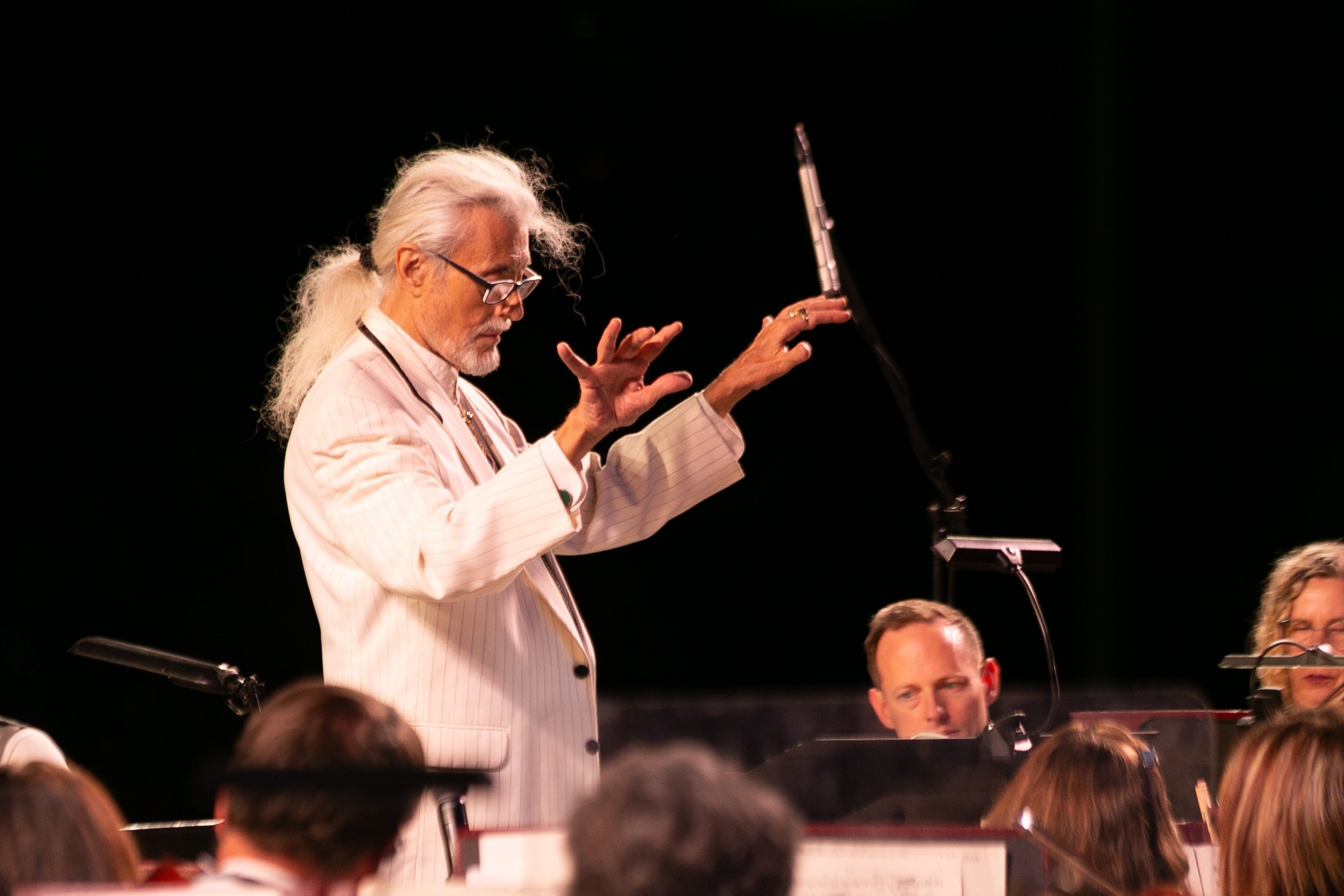 An evening in celebration the musical legacy of the incomparable Maestro Frank Fetta’s extraordinary 41 years as part of the Redlands Bowl family. 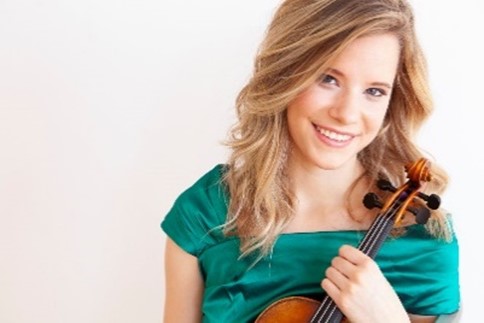 Season Finale with The Redlands Symphony

The Bowl’s 99th season draws to a close featuring acclaimed violinist Aubree Oliverson performing Samuel Barber’s beautiful Violin Concerto followed by a celebration of the works of John Williams, including the “Olympic Fanfare” and otherworldly selections from Star Wars and Close Encounters. In the grand tradition of the Redlands Bowl, the evening will conclude with a brilliant burst of fireworks!

Praised for her evocative lyricism and joyful, genuine approach, violinist Aubree Oliverson is proving to be one of America’s most compelling young artists, distinguishing herself with clear, honest, and colorful interpretations. Her performances have been described by the Miami New Times as “powerful… brimming with confidence and joy” and “masterful” by the San Diego Story.

Sponsored by Jim and Valerie Peterson

All Programs start at 8 p.m.

No admission is charged.

Most programs run approximately 1 hour and 15 minutes with no intermission.

No reservations or tickets needed.